Speech and Language in Stroke

Aphasia is the most common early cognitive deficit after stroke, found in 20%-38% of patients. Speech and particularly language is an integral part of what makes us human. The loss of speech following a stroke can often be devastating. Almost a third of stroke patients develop difficulty with language. Persisting Aphasia/Dysphasia in particular affects mood, future employment and the difficulty in being able to make use of any medium that is language based. It is important that language issues are identified early and given appropriate therapy. Aphasia can have a serious impact on the communication aspects of patients' lives and on their carers and it is important to ensure that families and carers understand how to support the patient.

Difficulties with speech can be broadly grouped into difficulties with articulation and difficulties with the content of language. Language is a very localising neurology to the dominant cerebral cortex involving the dominant frontal lobe (Broca's area) the temporal /parietal lobe (Wernicke's area). It is a key symptom to recognise in stroke most commonly as part of a left MCA arterial syndrome. Dysarthria is far less localising and can be non-specific. Language issues can affect speech, oral comprehension, reading, and writing. For those interested in language then I highly recommend the Language instinct by Stephen Pinker to get some basic understanding of language and such fascinating issues in the understanding of language production.

Traditional neurolinguistic models involve classical brain areas involved in language. This has generally included structures in the left cerebral hemisphere known as Broca's area, Wernicke's area, and the bundle of fibres connecting the two structures, the arcuate fasciculus. More recent studies indicate that the recognition of speech sounds is carried out in the superior temporal lobe bilaterally which is also involved in phonological-level aspects of this process. The frontal/motor system is not central to speech recognition but may modulate auditory perception of speech, that conceptual access mechanisms are likely located in the lateral posterior temporal lobe (middle and inferior temporal gyri). Speech production involves sensory-related systems in the posterior superior temporal lobe in the left hemisphere, that the interface between perceptual and motor systems is supported by a sensory-motor circuit for vocal tract actions (not dedicated to speech) that is very similar to sensory-motor circuits found in primate parietal lobe. Verbal short-term memory can be understood as an emergent property of this sensory-motor circuit. There is a dual stream model of speech processing in which one pathway supports speech comprehension and the other supports sensory-motor integration. Damage to these areas and the underlying neural networks has been felt to be responsible for specific language deficits, or aphasias. Models based on this with a clinical-pathological basis have helped. Newer neuroimaging may suggest that this model does not fully explain the language impairment seen but traditional models serve us for now. 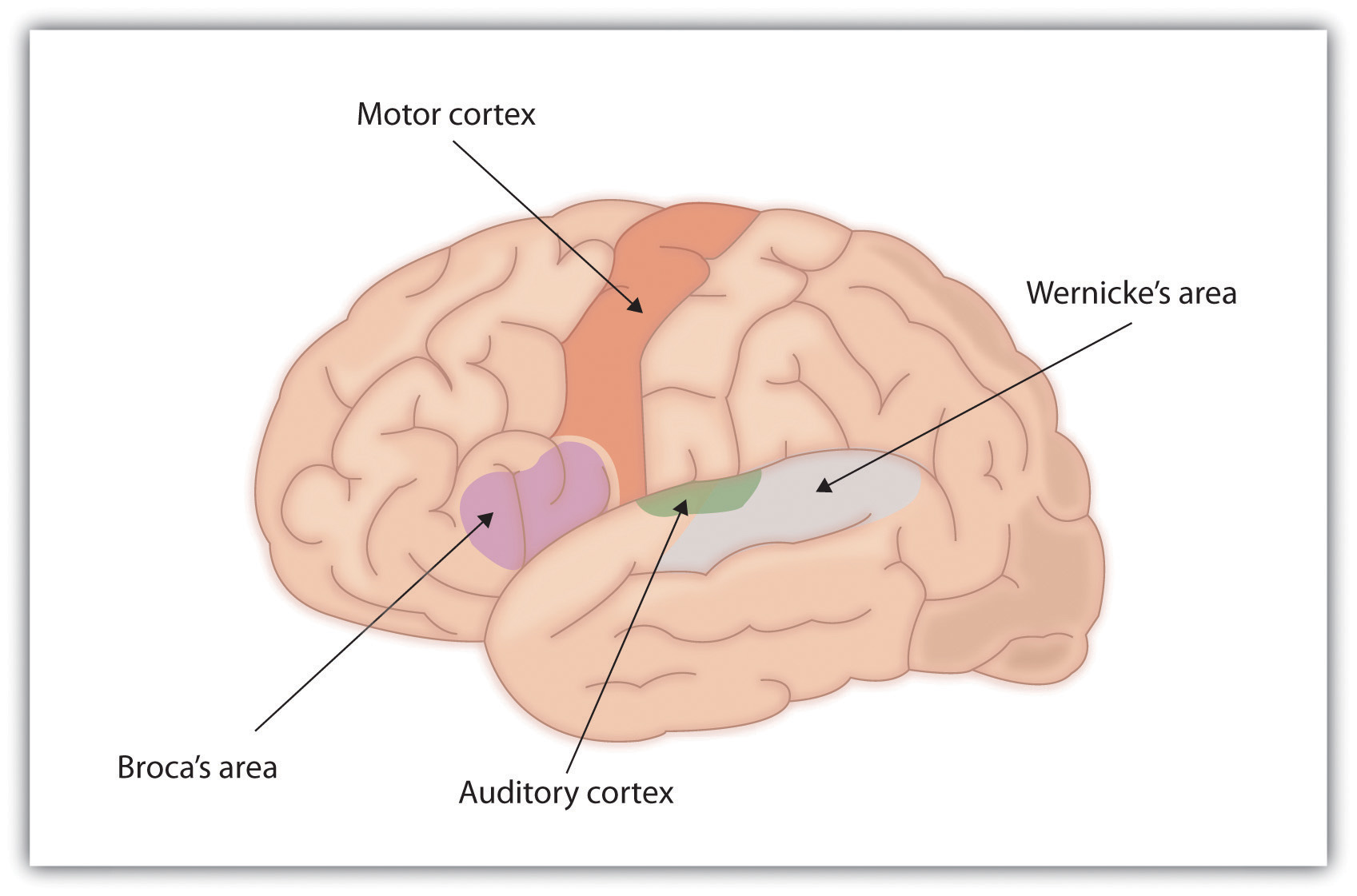 Paths involved in repeating a read or heard word 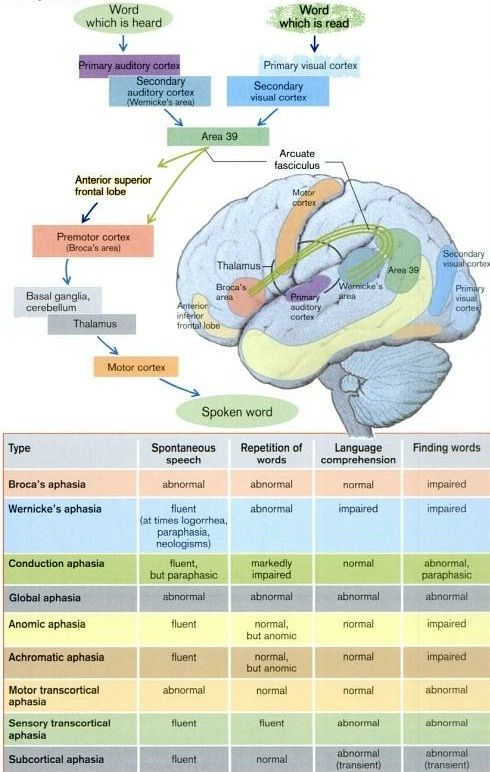 Distinguish it from other related conditions

Important distinctions to determine by assessment

Language Input: How the Brain processes the Comprehension of Speech

Aphasia is an impairment of language, affecting the production or comprehension of speech and the ability both to read or write. Aphasia can be used interchangeably with dysphasia but aphasia usually suggests a more severe form. Aphasia is a bit like being alone on holiday in a land where you do not know the language and can neither understand it, speak it or read it. You will understand gestures and mimicry and facial expressions and any form of communication which is not language dependent. Dysphasic patients will often nod to get you to produce more speech in the hope that they will understand something. It becomes extremely distressing as the patient has no one to relate to. When they watch TV its a bit like a foreign film only there are no subtitles that will help a dysphasic patient. 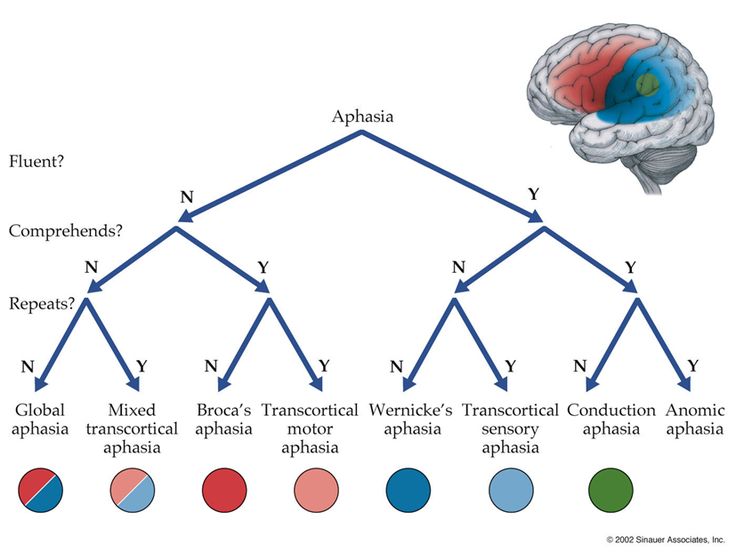 Apraxia of speech is seen when a patient has trouble saying what he or she wants to say correctly and consistently. Speech is often slow, deliberate, effortful speech. There may be impaired prosody. It is not caused by weakness or paralysis of the speech muscles or aphasia though these can coexist. It is simply a difficulty in the motor skills of the action of speaking and inability to control and synchronise the movements necessary for speech. Apraxia of speech strongly associates with lesions of the left inferior frontal gyrus and the left anterior insular. Diagnosis and management involve one-on-one speech-language therapy sessions.

Many patients experience spontaneous recovery in the first two weeks after stroke. Most return is within the first three months, after which recovery is slow. Women recover better than men in oral production and auditory perception. A higher IQ a higher level of education increases the recovery of speech. Speech recovery may be better and faster in left-handed and ambidexter patients. Early and intensive therapy is needed.