Angiography is a lumen-based imaging technique. Being able to visualise the "pipes" can help us to manage stroke patients. Blood vessels may be narrowed or occluded or show focal strictures and dilation (beading - like beads on a string) or contain thrombus or show signs of dissection or even vessel spasm. Vessels may be aneurysmal or show vascular malformations. All these findings can help us to optimise patient care in terms of establishing the correct diagnosis and management. Angiography can show changes with time (temporally) as contrast proceeds through the arteries, capillaries, and veins of the brain. Data is acquired at different points (spatially) and so a 3D picture can be built up using computerised image processing. There are several different types using either X-rays (DSA/CTA) or MRI. The gold standard is DSA but MRA and CTA have reduced the number of catheter based cerebral angiograms performed for purely diagnostic reasons. Cerebral DSA is now more often a second line test when anomalies have been found and intervention is needed. 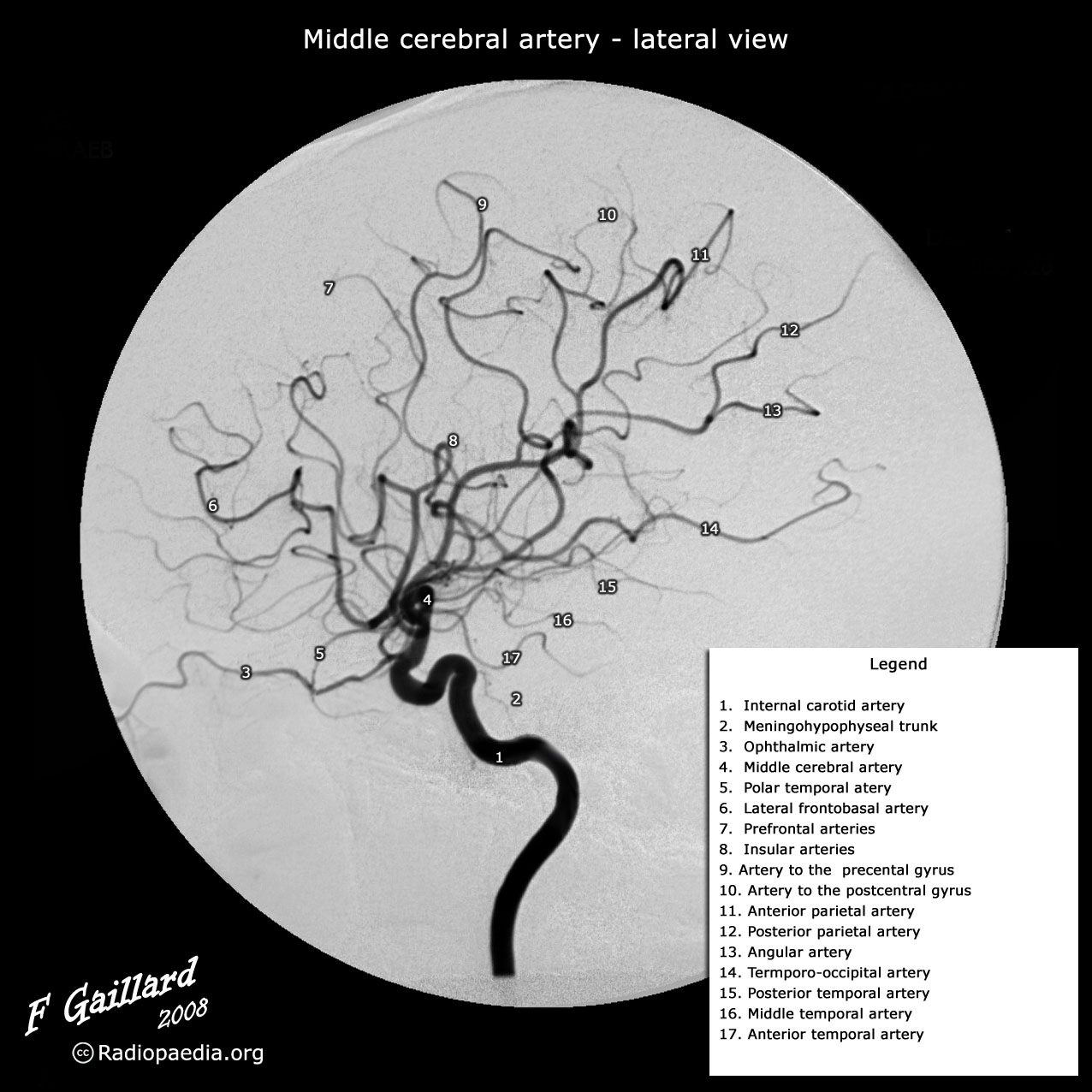 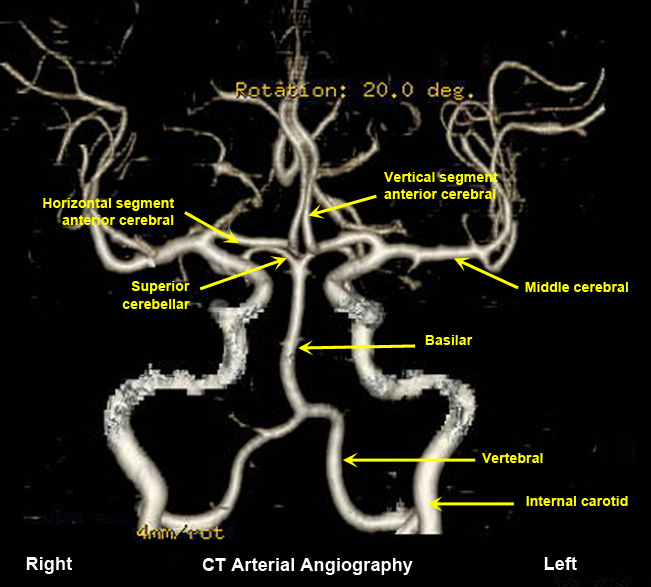 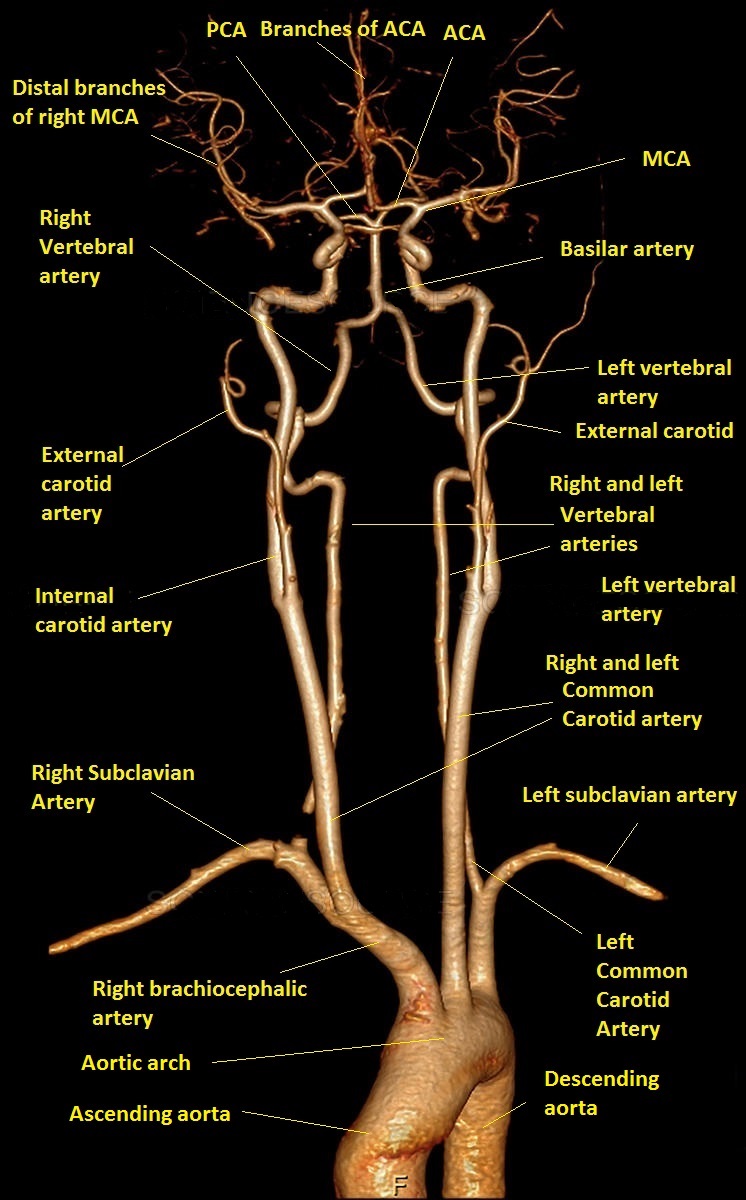 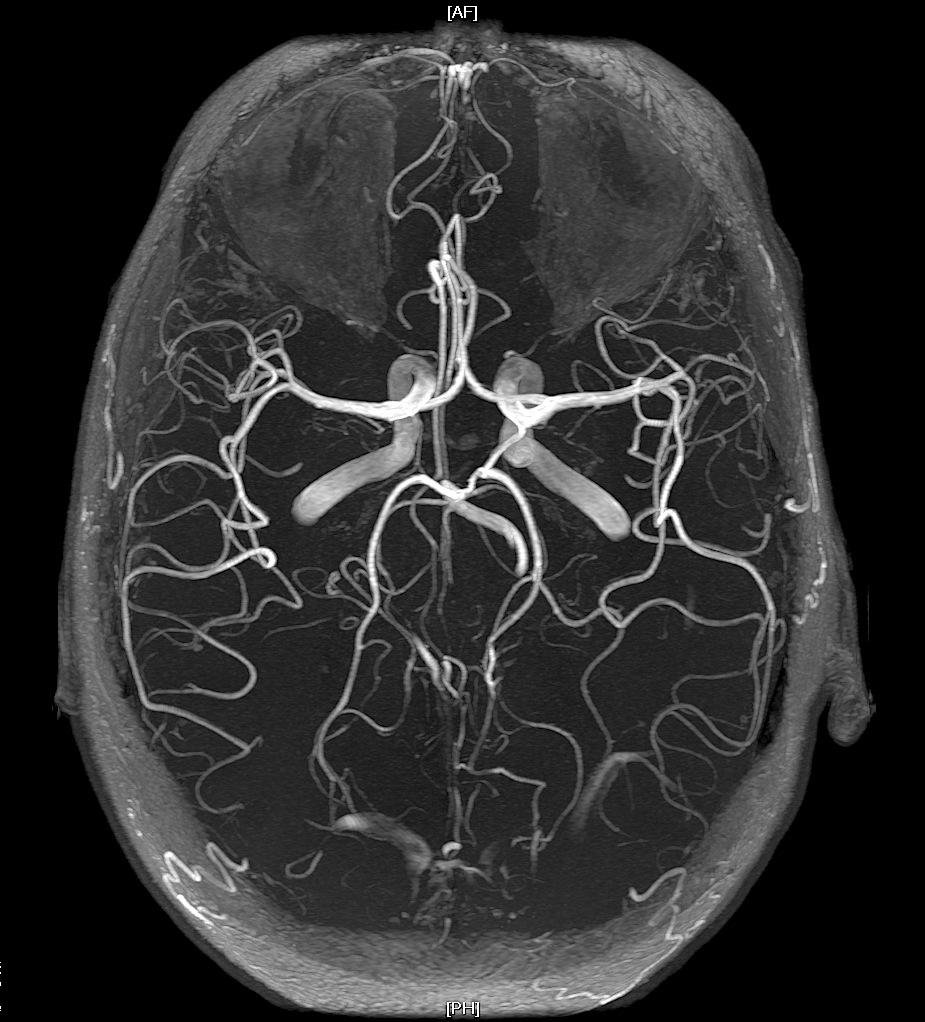 CT venography (CTV) is a technique targeted to assess venous anatomy, determine venous patency and delineate collateral circulation. It may often be combined with CTA. It is most useful in the diagnosis of Cerebral Venous Thrombosis. 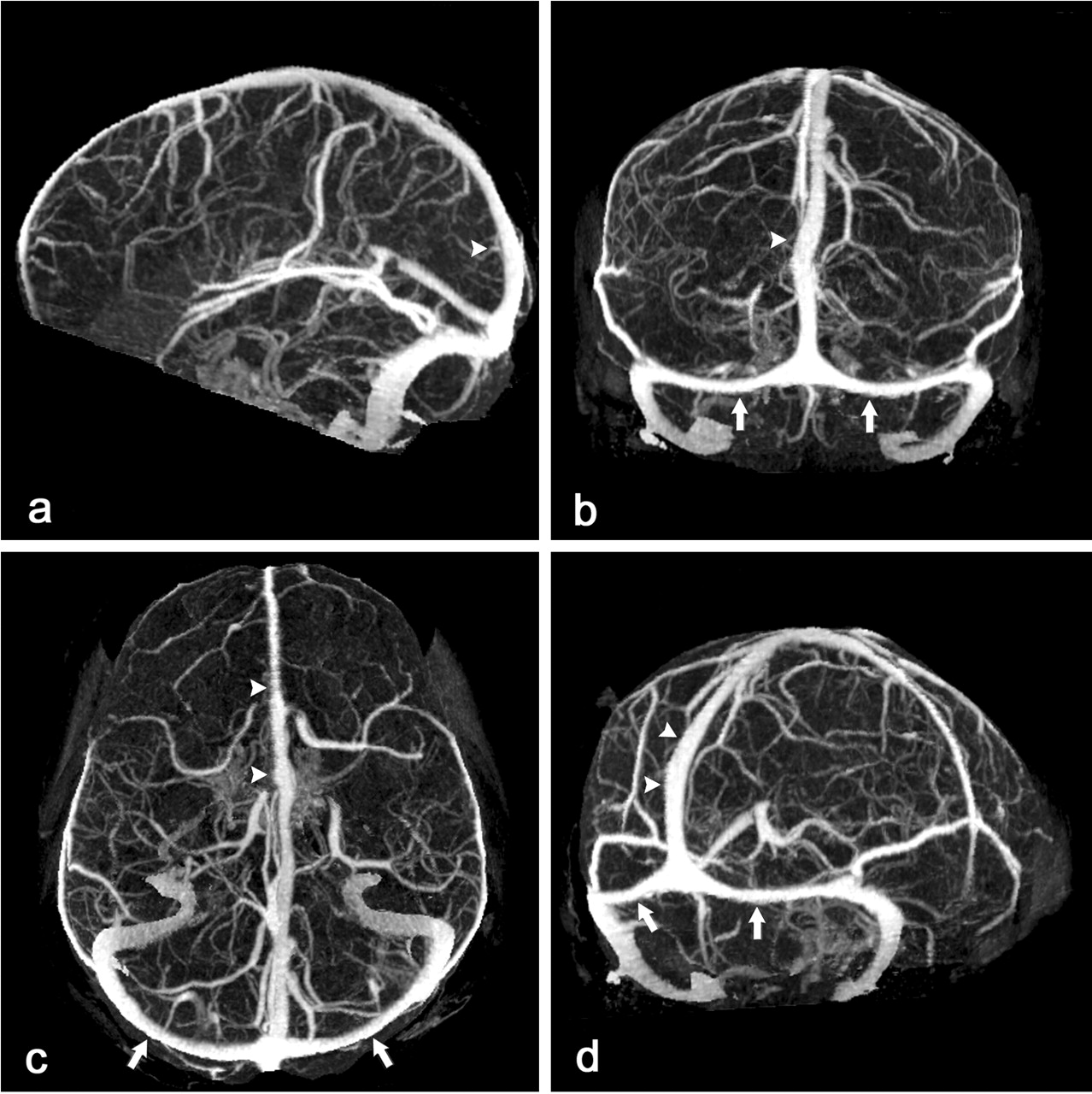 Investigation of choice in suspected Cerebral Venous sinus thrombosis. Can show obstructed sinus and thrombosis within and absence of flow 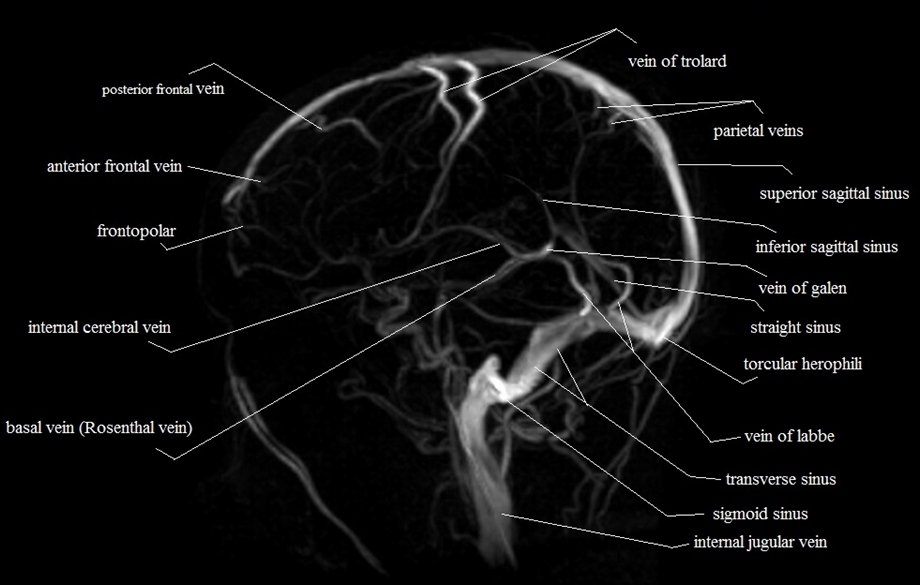 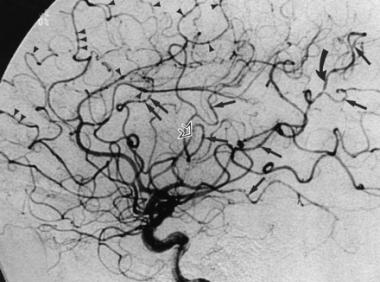