This is a rare but important form of vasculitis in those of middle age and beyond which can cause irreversible sight loss due to occlusion of the posterior ciliary artery which supplies the head of the optic nerve which can result in an anterior ischaemic optic neuropathy which if bilateral causes complete blindness. Early diagnosis and treatment with high dose steroids is vital to prevent progression to the unaffected eye. It is an Ophthalmic emergency. GCA affects both sexes but is commoner in females.

*The Sensitivity of the ACR criteria ARE 93.5% and a reported specificity of 91.2% for the classification of giant-cell arteritis compared with other vasculitides. 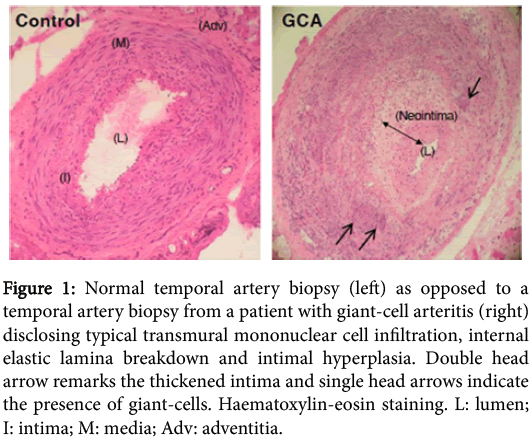