An inflammatory form of amyloid often with distinct MRI changes which may not always parallel clinical changes has been found and is called Cerebral amyloid angiopathy-related inflammation. Has also been called cerebral amyloid angiitis and cerebral amyloid inflammatory vasculopathy. CAA-RI as it is termed presents with focal neurology and imaging demonstrates vasogenic oedema involving the subcortical white matter with possible some leptomeningeal enhancement and microbleeds are seen. 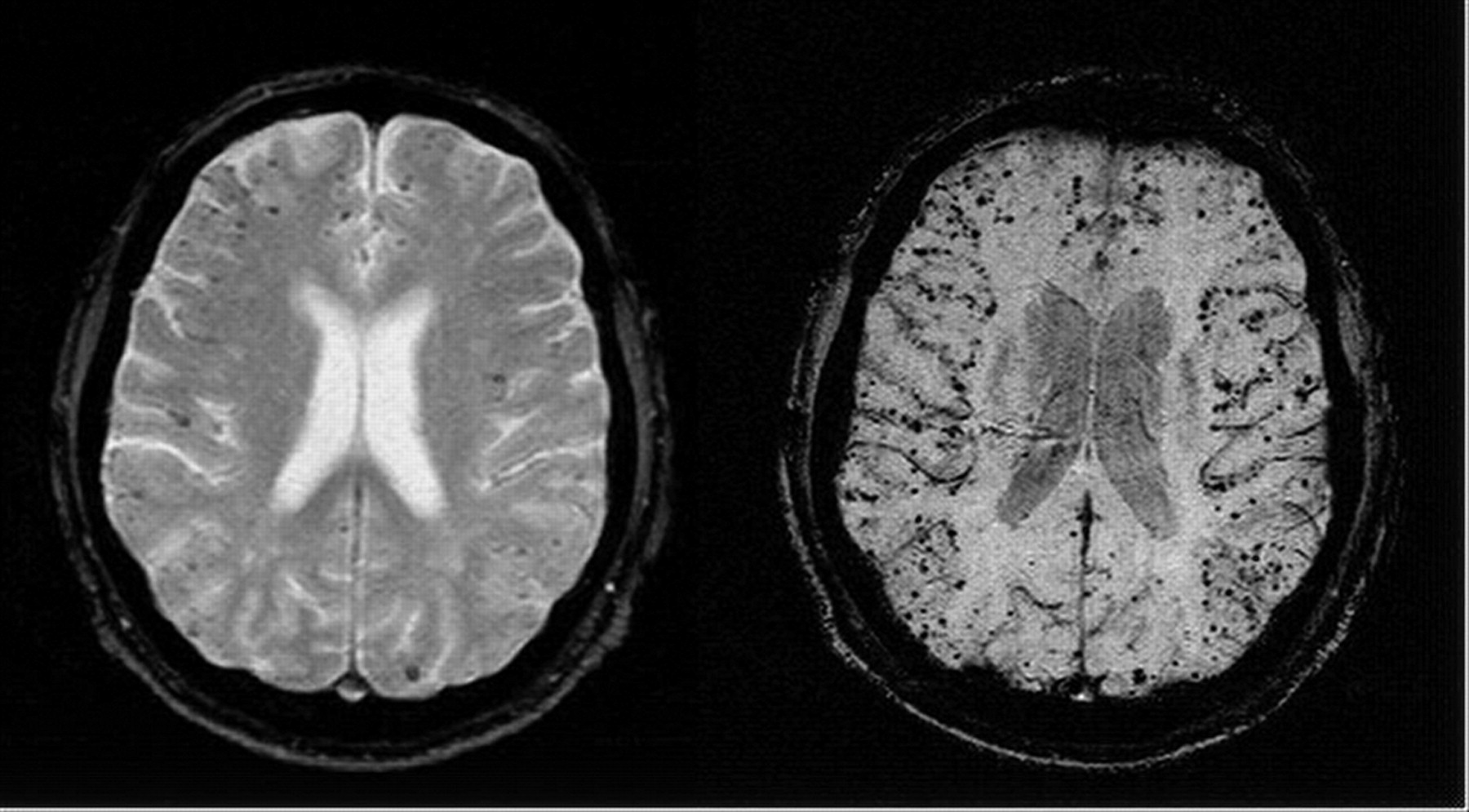 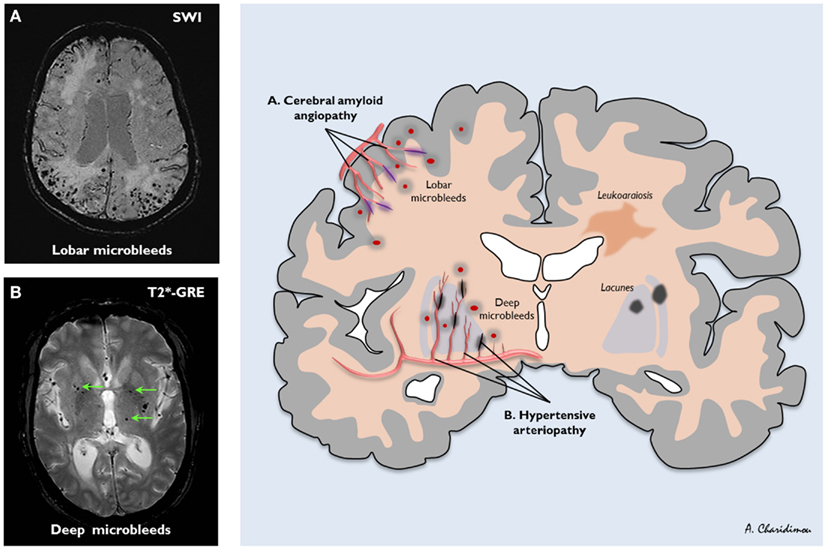 The Boston criteria were first proposed to standardise the diagnosis of cerebral amyloid angiopathy. They comprise of combined clinical, imaging, and pathological parameters. They provide a useful list of criteria for research and comparing similar groups of patients. Using these criteria in most cases without post-mortem or brain biopsy we can therefore only suggest that our patients have Probable or Possible CAA.

Enigmatic radiological changes seen on certain imaging modalities. Importantly not seen on CT or standard MR. They are defined radiologically as small, rounded, homogeneous, hypointense lesions on T2*-weighed gradient-recalled echo (T2*-GRE) and related MRI sequences that are sensitive to magnetic susceptibility. Histopathological correlation suggests that they are due to tiny bleeds adjacent to abnormal small vessels, usually due to chronic hypertension or cerebral amyloid angiopathy (CAA). There is an association with cerebral haemorrhage, cognitive decline and Alzheimers but also seen in older population. Exact risks are being determined as it adds another issue to the concerns and difficulty of decision making around using antithrombotic and anticoagulation in many patients at risk of thromboembolic disease.

Can closely mimic primary angiitis of the central nervous system. It is a relatively rare syndrome. Diagnosis usually made on biopsy. Responds to steroids. There may be lobar, white matter, nonenhancing hyperintensities on T2-weighted sequences.Positron emission tomographic scan may show diffuse uptake of 11C-Pittsburgh Compound B in inflammatory cerebral amyloid angiopathy [Moussaddy 2015]. There are two subtypes which are inflammatory CAA (ICAA) and amyloid-ß-related angiitis (ABRA) according to histopathology. ABRA is preferred if the lesion enhances on MRI and requires combination drug therapy. ICAA is highly suspected with ApoE genotype of ?4/?4 [Chu et al. 2016].