The National Institutes of Health Stroke Scale (NIHSS) is widely used as a standard tool to evaluate the severity of a patient's neurological deficit after a definite or suspected stroke. It was developed in 1983 by neurologists as a research tool and has developed into being an integral part of the stroke assessment and selection for acute therapies in the emergency department and on the stroke unit[1]. It has developed from being a pure research tool to being used to direct therapies and to detect changes in state in the clinical practice[2]. It has become an integral part of pre and post thrombolysis assessment. All patients with suspected stroke must have at least an initial assessment to meet the UK SSNAP targets suggesting that good centres assess and record NIHSS. It cannot be ignored. Its ubiquity reflects its utility. It is a quick, multifaceted, quantifiable and reproducible assessment of neurological dysfunction in stroke.

The NIHSS was designed around a traditional neurological examination [5] and examines consciousness, eye movements, visual field, facial palsy, motor strength, sensory function, coordination, language function, speech and neglect[1,6]. In the traditional version are 15 items [7] each one scoring separately with the total of the scale rating from 0, for unaffected patients, to 42 which is the worst probable score. Most stroke guidelines advocate thrombolysis for those with a score between 4 and 24 inclusive but there is some variability. Importantly a score of 0 does not mean a normal neurological examination as it does not pick up subtle neurology and for instance does not differentiate between an MRC rating of 4 or 5 for power both of which would be graded as 'Normal' or zero for each limb.

Stroke scales, including NIHSS, seek to quantify different aspects of function, to compare the baseline stroke severity of patient groups and to quantify neurological recovery over time. They also try to include monitoring of the neurological status for deterioration and try to adjust the final outcome for initial severity of stroke[3]. In order for the stroke scale to be a valid and useful tool a number of criteria should be fulfilled. The scale should be reliable, valid, sensitive, and easy to use and the items that compose the scale should be specific and prognostic for outcome [4].

The assessment is brief and can be performed within 8 minutes and can be repeated easily, it can be performed all hours in the ER, Stroke Unit or ITU, regardless if the patient is mute, ventilated or has limited mobility [8]. All type of care providers are able to effectively implemented the scale with a few hours of training as video training seems highly effective and that makes the scale reliable [9,10]. It can be assessed following training both by ED and Stroke physicians, nurses and other staff who have had formal training. Online NIHSS Certification is available for free through the American Stroke Association. The online program provides detailed instructions and demonstration scenarios for practice in scoring the NIHSS. Certification is completed by scoring different patient scenarios. (www.strokeassociation.org)[11]

In order to fill the NIHSS several principles should be followed. Items in the scale should be scored in the order listed. Performance in each category should be recorded after each subscale exam and it is best not to go back and change scores. Directions are provided for each exam technique and scores should reflect what the patient does, not what the clinician thinks the patient can do. The clinician should record answers while administering the exam and work quickly. Except where indicated, the patient should not be coached (i.e., repeated requests to patient to make a special effort) [11,12].

Here we shall go through the assessment with some clues. A typical NIHSS form is shown in the appendix. It is useful to develop some form of datasheet that allows repeated measurements for comparison. Unlike GCS higher scores a high score of 15 is good. With NIHSS a normal person should have a score of 0 and increasing value reflects increasing neurological deficit. One important caveat is that it quantifies significant dysfunction. A score of 0 does not exclude the diagnosis of stroke. The NIHSS is only a single part of the assessment process. Guidance suggests that the score should be done in the following order and you should score what you see and not what you expect. You should not go back and change earlier assessments unless a clear error has been made.

NIHSS apart from being a reliable scale is also a valid tool as it correlates with the infarct volume [6] and the outcome of the stroke. It provides more acuity than other outcome measures such as modified Rankin scoring. NIHSS has been used in a variety of clinical stroke trials to assess outcome measured at presentation, post thrombolysis and 24 hours, 7 day, 30 day and even 90 days post stroke. Two thirds of the patients with a NIHSS acute score of three or less will have an excellent outcome on the day 7, while very few patients with a baseline score of more than 15 will have an excellent outcome in three months [6]. Moreover if the baseline score is more than 16 there is a high probability of death or major disability[2]. NIHSS as a marker of deterioration.

Neurological and medical complications in patients with stroke, which are frequent, are also related to poor clinical outcome. Increased baseline NIHSS has been associated with an increased risk of complication during hospitalisation1. Thus, NIHSS is a useful tool to predict neurological and medical complication in a stroke patient and can be used to alert physicians in order to expect possible risks and be able to make early decisions about further surveillance and management. NIHSS benefits from being reliable, valid and a sensitive tool for neurological deterioration and stroke outcome.

The NIHSS can be used by different care providers and makes it easy to communicate the neurological deficit with other physicians and saves time on the decision for the patient's management[6]. NIHSS is also sensitive for research and can apply to medical records for analysis [6]. As all scales though, NIHSS has its limitations that should be considered in order to ensure that it is used and interpreted appropriately.

Bias Towards the Dominant Cortex

The outcome of a stroke does not correlate only with the infarct volume but also with location. The NIHSS detects weakness and sensory loss which can be bilateral or either anterior or posterior circulation as can hemianopia. Also NIHSS seems make discrimination between dominant and no dominant hemisphere. In the scale, 7 of the 42 points are related to the language function, whereas only 2 of the 42 points are attributed to neglect functions.

As a result, the scale seems to favour left/dominant hemisphere strokes, with infarction volume of right hemispheric events being consistently larger than left hemispheric ones for patients with the same NIHSS score [2,6,14]. However language is hugely important and dysphasia is a huge disability and needs recognised to reach the threshold for acute therapies if other modalities are unimpaired.

Under representing the Posterior Circulation

The NIHSS can detect brainstem specific palsies such as III, IV and VI which are scored within Gaze as well as hemianopia which may be due to posterior cerebral artery involvement. Limb ataxia is assessed and useful for detecting cerebellar signs but truncal ataxia is not assessed. If the NIHSS is seen as a tool for treatment selection then there are sufficient points available to reach the thrombolysis threshold of 4 if there is dysarthria, ataxia and gaze palsy but these may be subtle, undetected or absent and thrombolysis may be declined. There are no specific points for diplopia or Horner's syndrome, truncal ataxia or dysphagia, deafness or vertigo and nystagmus. A low pick up on posterior circulation strokes is one of the main limitations of the scale and there is poor correlation with NIHSS score in patients with posterior circulation infarction[1,13]. Relatively low scores, even zero, can occur in patients with disabling infarctions of the brainstem and the cerebellum [1,6,15]. Importantly a patient with a significant cerebellar infarct or lateral medullary syndrome may score only 2-4 points and may therefore not be considered for acute therapies despite the fact that these infarcts can be disabling and occasionally life threatening [6]. Moreover the scale does not include a detailed assessment for the cranial nerves [6].

In mitigation the highest scores will be obtained for those with dominant hemispheric strokes with aphasia, weakness, sensory loss and hemianopia and dysarthria which does match with the disability and these are much commoner strokes and have the poorest prognosis. In these patients the NIHSS score quickly reaches and even exceeds that for therapies such as thrombolysis suggesting that points could be shifted posteriorly to redress the balance. It perhaps underscores the point that clinicians must assess the potential of lasting disability with each patient and there are occasional circumstances when it is appropriate to ignore the NIHSS.

Practical difficulties in assessment include the ceiling effect. Ataxia, sensory loss, inattention and visual fields, in order to be assessed, require a considerable degree of comprehension on the part of the patient and often are not assessable [5]. As not assessable items must score zero and in practice there is a scoring ceiling which is well below the maximum of the scale [3,5]. The reliability of each item that compose the NIHSS has been studied extensively. The items rating facial palsy, limb ataxia and language are consistently variable and less reliable [7,9] and this is one of the reasons that systemic training before applying the scale is favourable [10]. Last but not least is that NIHSS applies to the neurological deficit, but not to the actual cause of the signs. It cannot help in the differential diagnosis and in a suspected stroke the complete history, the neurological examination and the neuroimaging are needed to exclude other conditions that can mimic a stroke [6].

There is no ideal stroke scale and there is always room for improvement. However NIHSS is an improvement over the scales that have been used over the years [2]. It is valid, reliable, sufficiently accurate, involves more aspects than just motor function including items for posterior circulation infarcts and tries to measure the disability. That means that requires scoring greater number of aspects, but video training is easily accessible and provides standard of the use and reliability [3] . This is why the NIHSS is an attractive clinical deficit scale for the evaluation of stroke patient in a trial setting and beyond and is a tool which all stroke physicians should be fluent with aware of its strengths and limitations. The NIHSS should be included and available in all acute stroke assessment proformas and recorded. There are also a number of applications for mobile devices that enable rapid inputting and assessment of the NIHSS but this must go along with a clear understanding of who to perform the assessment. 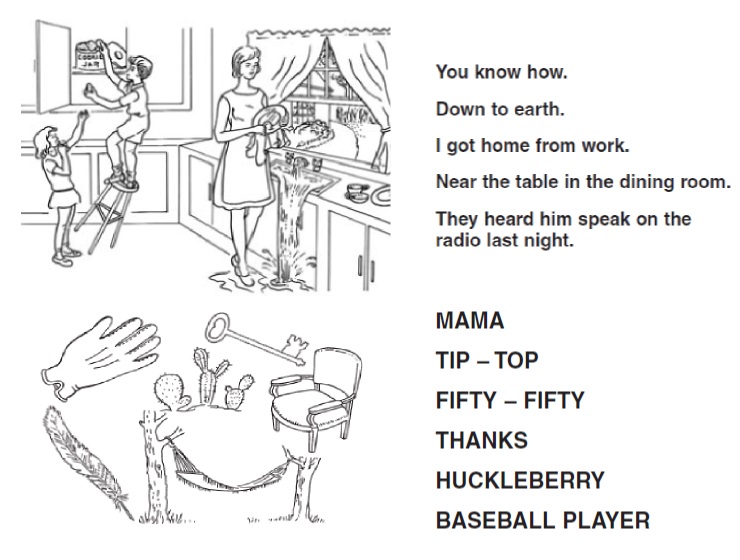